Homeowners often worry about the integrity of the service professionals they allow in their home. That’s why J.W. Freeman Plumbing offers more than service - we specialize in honesty.

If you don’t need a repair, we don’t sell it. When you need a plumber in the Gainesville, FL area, J.W. Freeman is just a phone call away.

OUR MISSION: To provide quality and affordable plumbing solutions for our customers. We are a full-service Gainesville plumbing company specializing in remodels, repipes and plumbing repairs. We want our customers to feel comfortable with our work and we will take the time to explain the problem, possible causes, and the best solution for your specific situation.

Not all repipes are created equal. As your local Gainesville plumbers and repipe specialists, we understand that you have a choice when it comes to finding a plumbing company to replace your existing plumbing system and we want to help you to make the most informed decision.

J. W. Freeman Plumbing is a full-service plumbing company. That means we can take care of any repair or replacement that needs to be made to your plumbing system. If you want experience and honesty in a Gainesville plumber, you've come to the right place.

Slab leaks can be the most damaging of all plumbing leaks. If you have signs of a foundation leak, contact our slab leak repair experts immediately.

Whether you're wanting to give a new look to that old kitchen or make your bathroom more accessible, we can help! Near Gainesville or in Gainesville, we are your local and trusted resource for plumbing remodels.

If it is time for you to replace your toilet, we can also provide expert installation services so that you can be confident that it will not leak and will function properly. 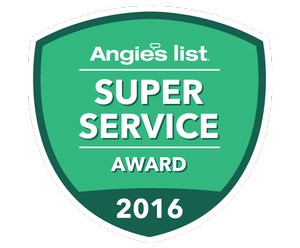 “I highly recommend JW Freeman Plumbing for any type of repairs. In the time of a plumbing emergency they were accommodating, fair and honest. When calling other companies everyone wanted to do after hours. When in need of service in future I'll be calling them first. It was a pleasure doing business.” – Cheryl Rowsey

⭐⭐⭐⭐⭐
“They repaired a leak in my wall due to galvanized pipes that were not replaced when the house was originally remodeled. Their prices are good and the interaction with all of their employees has been outstanding. I also used them to figure out why I was losing water pressure in my shower. Came out that day and fixed the problem. I will continue to use them for all my future plumbing needs.” – John McInarnay

⭐⭐⭐⭐⭐
“Decided to call them based on the stellar Yelp reviews... and my fellow Yelpers didn't let me down. They showed up when they said they would, provided friendly and quick service, didn't overcharge me, and most importantly did the job right. I would absolutely use them again.” – Ryan C. - Newberry, FL

⭐⭐⭐⭐⭐
“The plumber arrived on time. I have an older home and the plumbing configuration is not up to today's standards. They ended up sending a three person crew (including the owner) to take care of it. I was only charged for the one person and they stayed late to get it completely fixed in addition to taking care of the other minor tasks.” – Eric Poirier

⭐⭐⭐⭐⭐
“JW Freeman = Excellent service with fair prices! My toilet was rocking for a long time my husband tried fixing it but the seals kept breaking so finally when the toilet started leaking water from the bottom I knew it was time to call a plumber. I called several and read reviews every other plumber I called was not very helpful over the phone and all acted too busy and not available right away. After calling 4 other places I called JW Freeman, even though he was in the middle of another service called he assured me that he would come help me as soon as he was done. ” – Viavilla

Find us on map